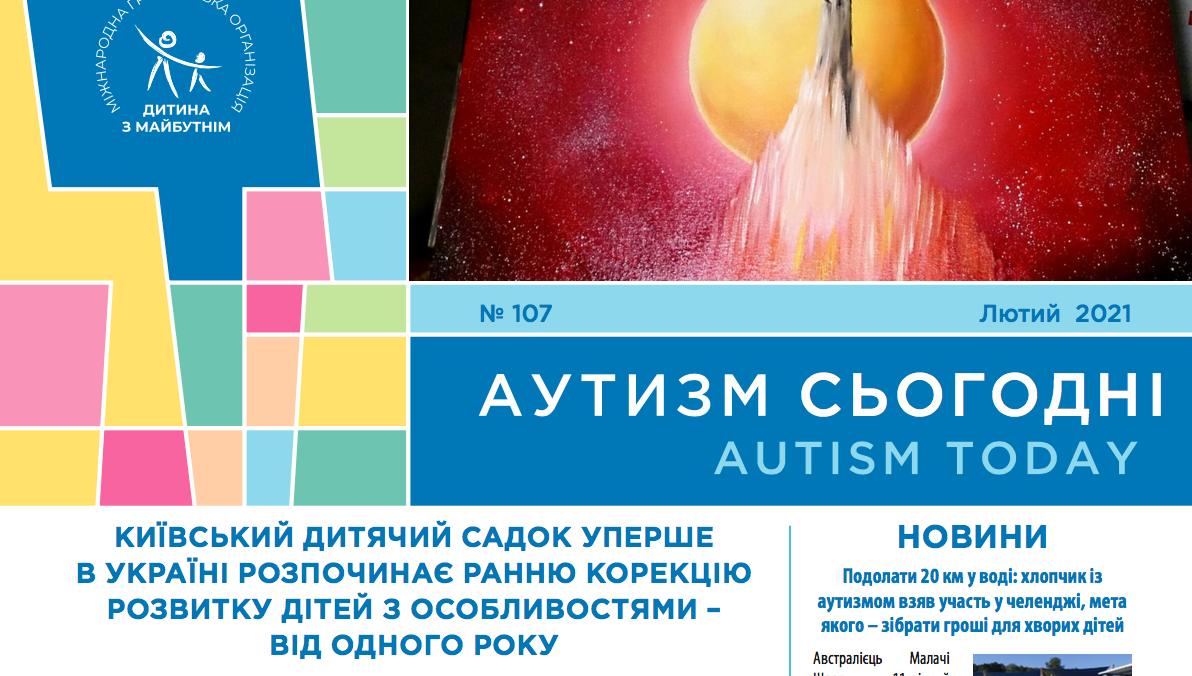 We present to you the new issue of ‘Autism Today’ e-magazine for February.

On its pages, you will learn about early intervention for children with special needs, which is being launched by the ‘Child with Future’ kindergarten for the first time in Ukraine. The institution opens its doors for children aged 1-year-old.

As for 9-year-old Maxim from Berdyansk, he is already predicted to become the fame of Picasso, as he paints very unusual pictures filled with philosophical content. Read the story of the boy on the pages of the e-magazine.

But Irishwoman Amanda McGuinness realized herself, only having her own children. She decided to go to a psychologist who confirmed that she had autism. ‘Autism Today’ will tell you how it happened and what Amanda was like in her childhood.

You will also find out about pre-enrollment in the Kids Autism Games sports project and English courses. Traditionally, other news about autism awaits you as well.

Survive the pandemic: the “Get Stronger” initiative by “Child with a Future” Foundation