This question is not often asked to the specialists of the ‘Child with future’ Foundation. But it would be advisable to clarify our position on this issue since homeopathy as a phenomenon occupies its place in the world and Ukraine is not an exception in this respect.
Let’s start from afar, namely with the numbers that reflect the general picture of world medicine and are necessary for understanding the main trends of modern civilization in it.
So, homeopathy. The global market for homeopathy and alternative medicines was about $ 69 billion in 2018, and it should reach over $ 199 billion by 2023. Sales of alternative medicines are growing by 19% annually (source: https://goo.gl/Ra9JB9).

Vaccines. The vaccine market is estimated at $36,5 billion now and should exceed the $50 billion mark in 2023. It is growing at a rate of 6,7% (https://bit.ly/2T9uxQc). Also, the market for dietary supplements was almost $ 124 billion last year, and it will be over $ 205 billion in 2023. The annual growth rate is 9,6%. The market for dietary supplements is almost four times larger than the vaccine market (https://goo.gl/taExtV).
At the same time, the total global pharmaceutical market is estimated at $ 934,8 billion, its growth will be 5,8% in the coming years (https://goo.gl/JrwqYE) and will reach the level of $ 1,5 trillion by 2025.
These data are huge and impressive figures, which show that the share of homeopathy in the total ‘boiler’ is insignificant, but it is stable and even tends to grow steadily. In other words, it means that some people in the world believe in homeopathy and are its admirers and followers.
Now let us understand the definition of the term ‘homeopathy’. Wikipedia gives it an extensive description, but here we will limit ourselves to a part of it.
“Homeopathy” (from Greek. ὅμοιος – ‘similar’ and πάθος – ‘disease’) is a type of alternative medicine. Homeopathy uses highly diluted medicines whose active ingredient causes symptoms similar to those of the patient in healthy people. Homeopaths oppose the concept of treatment based on the principle of ‘similar is cured by similar’ (lat. Similia similibus curantur) to the principles of rational pharmacotherapy.”

Now let’s get to the essence of the question in the title.

First (and we never get tired of repeating it), there are no magic pills for autism in either traditional or alternative medicine. Autism is not a disease, but a disorder, so it is not treated but corrected. Even if you are recommended the best homeopath in the world, who guarantees you a cure for autism by some super expensive homeopathic remedy, – you are misled. You can either take your interlocutor at his word or subject his promises to reasonable doubt. The choice is yours, and only yours.
Research shows that parents most often turn to homeopathy as a lifeline, believing that the main cause of autism is vaccination. Some parents blame the MMR vaccine, whose children experienced short-term, autistic-like deterioration after receiving this vaccine: fever, temporary hearing loss, inflammation of the intestines.
This approach is quite common among parents of autistic children, and it can be understood, but it should always be remembered that such findings have not been scientifically confirmed. This position is very close to the convinced consumers of homeopathy, who believe that the official medicine ‘does not cure, but hurts’, and homeopathy solves the problem comprehensively for the whole body and also ecologically, without chemistry, which in many cases, we must admit, is true. This is the main prerequisite for the existence of the ‘autism- homeopathy’ link.
Several other factors make the ‘autism-homeopathy’ link attractive to consumers and stem from the very philosophy and nature of homeopathy as alternative medicine.
Homeopaths love people who are different, whose symptoms are strange, unique, and unusual. Quite often we hear that homeopaths treating autistic children focus on identifying a child’s differences from other ones. Symptoms such as tiptoeing, clapping hands, and obsessing over trains may seem strange and not characteristic of many children, but for autistic children, they are known to be common. And although we always welcome the identification of individual differences in a child, this is not only about homeopathy, and even more, so does not indicate that representatives of homeopathy in this context are unique. An individual approach to each autistic child (as well as to each neurotype individual) should be taken by all specialists. 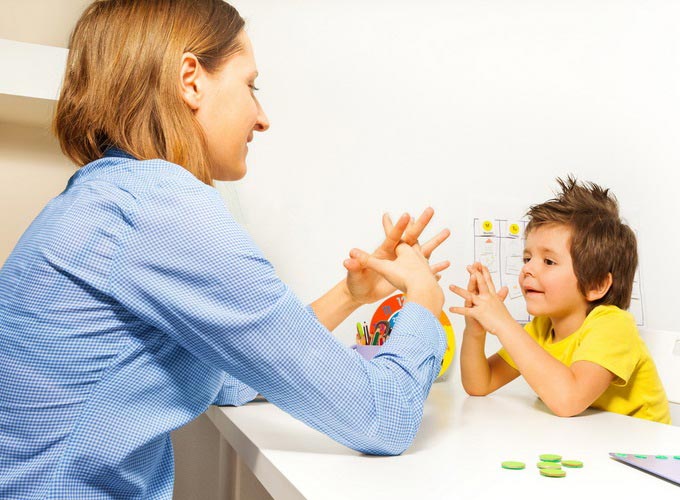 Another advantage of homeopaths is called ‘ a complex approach’. A traditional doctor or even a cholist, as well as doctors of some unconventional types of treatment, will usually solve each problem separately. Homeopathic medicine, according to homeopaths, can relate to all these symptoms. Of course, parents have a choice, and they can add something else, such as a diet without casein and gluten, diet supplements, to occupy a child, to try sensory integration treatment, and other things that may be beneficial.
It is also important that homeopathic remedies are very tasty and children take them with pleasure.
Thus, we can conclude that homeopathy has the right to be present in autistic people’s life, but, as in other cases, it is an independent choice of responsible parents and certainly not a panacea for either autism or other problems of any person.
In general, homeopathic specialists are doing a good thing, if these experts are good and experienced. But the comprehensiveness, versatility, and regularity of actions, let us repeat, is the most effective tool for autism therapy. With or without homeopathy.

What are inclusive resource centers

Inclusion for autistic children in school