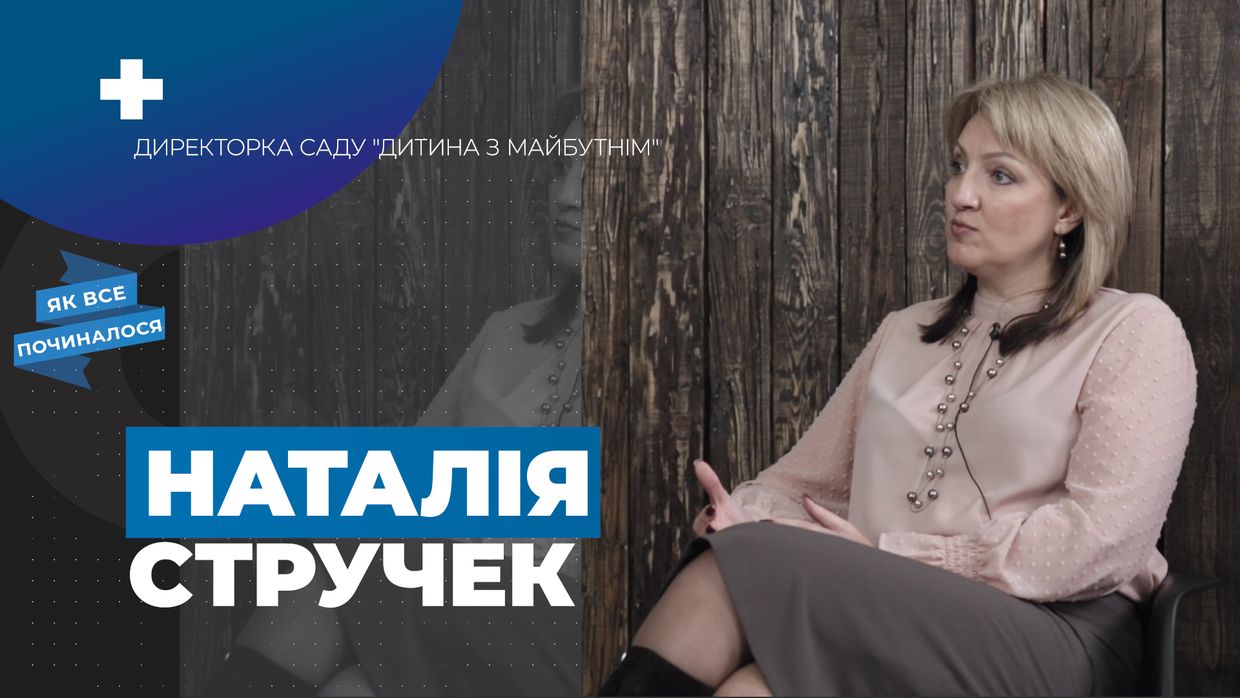 Natalia Struchek has been working as the director of a kindergarten for children with special needs “Child with future” since its inception in 2010. She is not only an effective manager, but also a good psychologist. In addition, Natalya Struchek has professional certificates in ABA therapy, behavior correction, game therapy, sensory and Tomatis method.

As part of «The beginnings» project, she told how together with «Autism-Europe” Consul and the founder of INGO “Child with a Future” Inna Sergiyenko they worked on creating a unique kindergarten. She says:  there was nothing like our kindergarten in that times in Ukraine, so the institution was made according to the American and Israeli models, adapting them to our realities.

At first, says Natalya, children aged 4 and older were brought to the kindergarten, but then the specialists decided to engage in early intervention.

After all, in working with special children the best result guaranteed by is the joint work of parents, professionals and doctors. “It is necessary to understand that the pedagogical team only solves the issues of teaching a child certain skills. Educators cannot change the child’s physiology, they cannot speed up any processes. And the kindergarten creates just such an atmosphere that allows you to control the learning process. But if parents are not aware, if they do not know  which specialist to call, then sometimes we understand and observe in practice that the child is standing still, “- says Natalya.

Former Deputy Yuriy Miroshnichenko spoke about his fight against autism