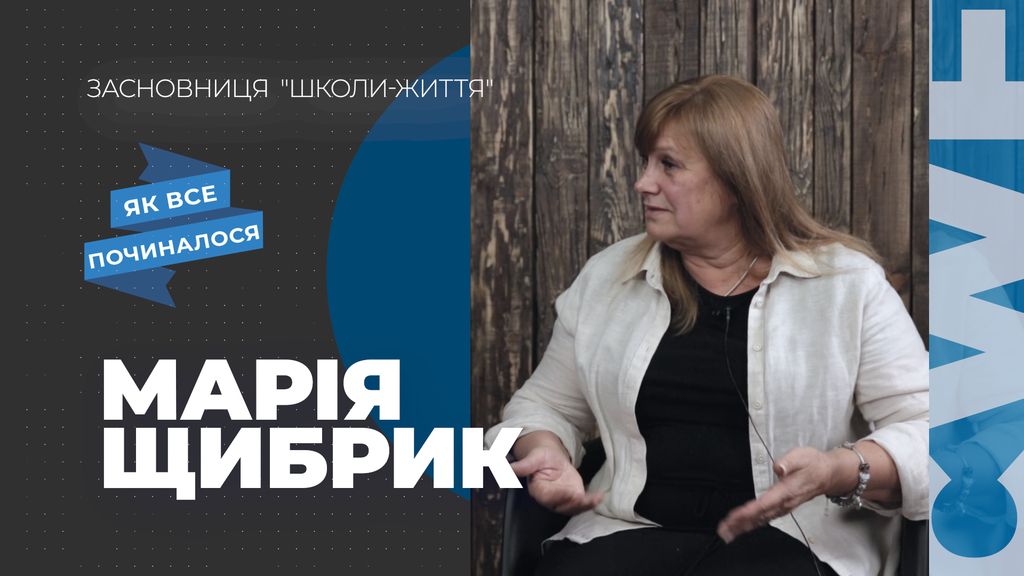 Maria is raising her 35-year-old daughter Lyuba, who is diagnosed with autism. In 1991, the woman began studying how to work with special children in London, and later founded the charity «Life – School» , which has helped more than a hundred autistic people in its 26 years of existence.

As part of «The beginnings» project, Mariya Shchibrik told how she learned about the diagnosis of her daughter, how she looked for methods to cure her and how she decided to help other special people.

Lyuba and her husband were told about autism only in London, where they went in search of answers. Soviet specialists could not help and spoke only of an “extraordinary case.”

It was in the capital of Great Britain that the girl began to go to a special school, which later inspired Maria to create a similar one in Ukraine.

The charity organization «Life – School» is engaged in the rehabilitation of special children and prepares them for education in other educational institutions. Various professionals work with autistic people both in groups and individually. Gluten-free and casein-free diets are also introduced here.

“When a child is ready to go to a regular school or kindergarten, we no longer hold him – we do not have such a goal. On the contrary, we are happy to give him a ticket to life,”says Mariya Shchibrik.

«The beginnings» project  – Inna Sergiyenko spoke about her fight against autism

Mom and specialist: how autism has changed the life of Ekaterina Ostrovskaya