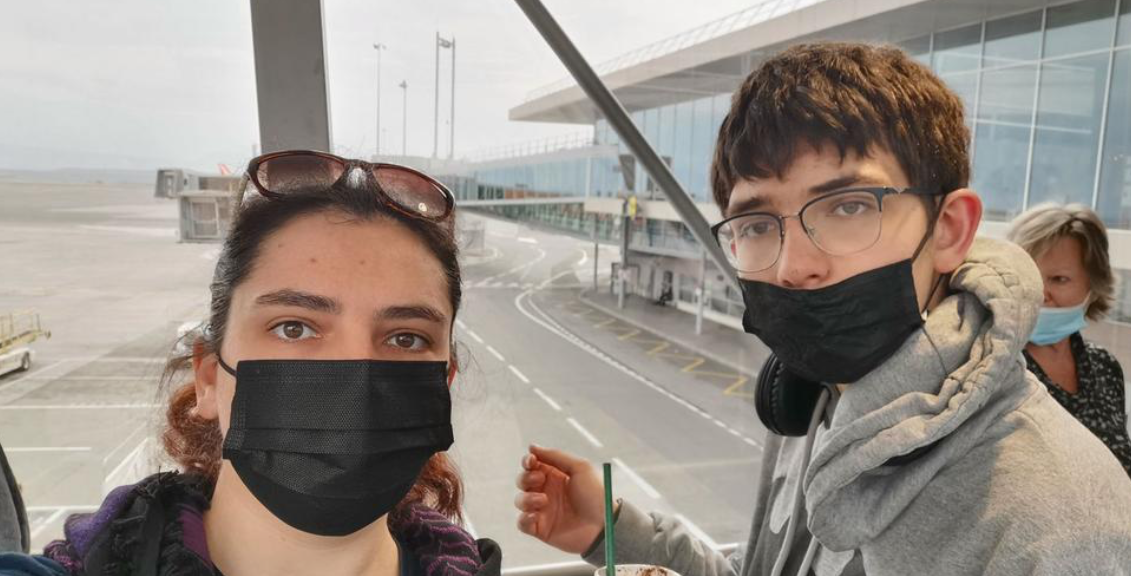 In Ukraine, difficult circumstances made even more challenging by war.

The true pioneers in the neurodivergent community are mostly parents, siblings, and relatives of someone with autism. They have spent years reaching out to other parents and friends who also usually have a child on the spectrum, creating social webs, knowledge bases, information hubs.

Inna Sergiyenko is one of these parents. Years ago, she became frustrated at the lack of support she was receiving in Ukraine for her son with autism, Misha. She realized that the main issue was a lack of structure and organization.

“Ukrainians are used to doing everything on their own,” Inna told me one sunny spring afternoon from her northern Kyiv apartment (only a 10-minute drive from a devastated Bucha). “There are so many people and organizations in Ukraine, who have their own way of getting help. We thought if we could connect them somehow, horizontally, imagine what we could accomplish.”

Inna had long worked in a large corporation and knew the pros and cons of a solid hierarchy. When Inna’s daughter, Iryna Sergiyenko, returned to Ukraine after studying in England with a master’s degree in mathematical economics and statistics, they joined forces and started Child with Future.

The Priorities of the Ukrainian Network

Iryna and her mother spent the last few years diligently creating networks, fighting to change legislation, and petitioning the Ukrainian government for money. The three main issues they focused on were the following:

Iryna and Misha fled to London when Russia invaded in February. Inna stayed in Kyiv. Ukrainian refugees with children with autism were suddenly scattered all over the world and not only were they suffering from trauma, but they also still had the same medical and therapeutic needs. Inna and Iryna realized that their network was needed more than ever. Instead of closing, they extended the web beyond the Ukrainian borders, making contacts in Romania, Poland, and Moldova.

For example, Iryna got a phone call from a mother and her teenage son with autism who had fled to safety in Poland. Her son was smearing poop on the walls. He never did that as a small child, his mother said, but now, as a teenager, he’s started. Where can she get help?

She got another call about a boy with autism, in an occupied Ukrainian territory, who asked his mother for an RPG to kill Russians, who marched around their backyard with a Ukrainian flag, went right up to the Russian soldiers and told them he wished them dead. When we flee, the mother asked, how do we get my son past Russian checkpoints without getting shot (they did with the help of sleeping pills)?

Inna helped out a boy with autism in Kharkiv who refused to leave a bomb shelter. How do we communicate with him, they asked her? Is there a psychologist in the area to help get him out?

She also worked with a family in Mariupol who hid in their basement every night. Their daughter with autism stimmed by screeching. If the Russian soldiers heard her, they’d throw a grenade through the basement window. Was there someone who could help the siblings and parents keep their sanity?

Iryna and Inna spend their days now on the phone or emailing, connecting parents with other families and aid organizations. When refugees with autism do not have a stable home, are moving constantly, and are unable to get medical or therapeutical help, danger looms.

The Impact of War and Autism

More than 12 million Ukrainians have left their homes. The World Health Organization estimates that one in a hundred children have autism, Autism Europe claims that there are close to 440,000 children with autism in Ukraine. It would be safe to assume that more than a 100,000 Ukrainian children with autism have been displaced and are leading a life of transition.

Some of the autistic people who are being affected by the war cane be seen in the documentary, “Not Forgotten – The Untold Story of Autism in Ukraine.” Where are Alexandra, Svetlana, and their daughter Nastia, who moved from Donetsk to Kyiv to get better help for their autistic daughter? Where is Ludmila, high up in their apartment flat, and Vadim, her son with autism, whom she cannot let out of her sight? Where is Igor Kirienko who we in the touching Youtube video, waving good-bye to his 3-and-a-half-year-old son with autism who is packed on a westbound train with hundreds of other panicked women and children? With tears in his eyes, Igor says his son knows 46 countries, but not about the war in his own country of Ukraine.

Olena Tsarenko escaped Kyiv with her two daughters, one of whom has autism. “It was a very hard and exhausting trip and I don’t know what happened,” she said, “but Veronika wasn’t crying. But now all night long, she’s crying and she’s in distress.”

Inna told me melancholically, “This is the problem. You suddenly have all these Ukrainian refugee autistic children who are regressing. They need help.”

There is martial law in Ukraine, people are sometimes forced to stay inside all day, employment has been hindered, the price of gas and food has risen, but there are still heating, water, and electricity bills. Carers and therapists still need to be paid.

“We don’t need sensitivity toys,” Iryna said. “We need money to keep the lights on in our centers and to get the help to the parents in need.”