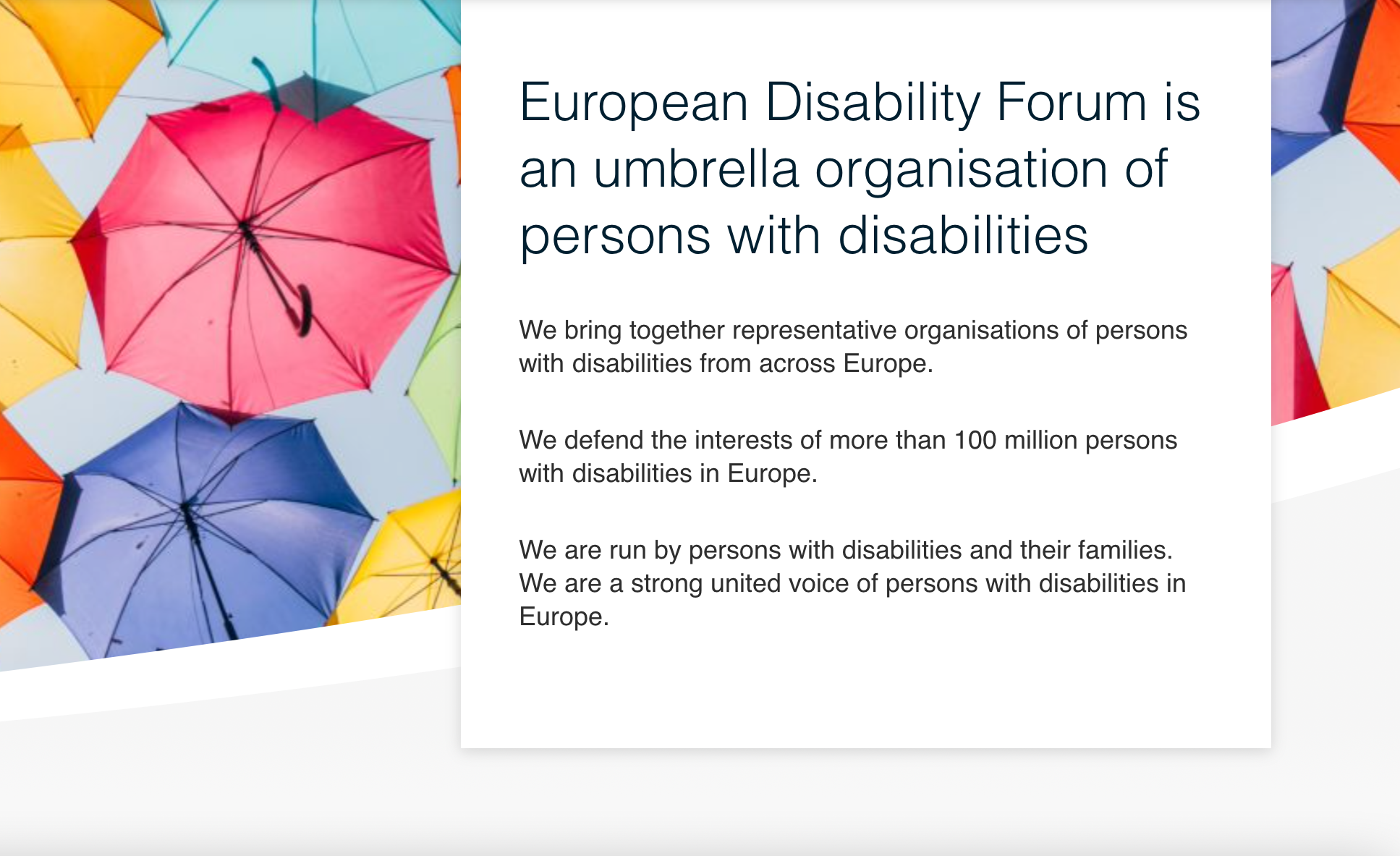 Question: We know the difficulty of communication in general, but in this war situation how is the best way to communicate to autistic children what is happening?

Answer: Most parents start with explaining the new rules verbally. Initially, that is all they have and their priority is teaching their child the new safety protocols. Soon after the invasion, visual explanations were created for autistic children, outlining that Russia has attacked Ukraine and the rules to keep themselves safe. Some children have taken a special interest in the war and asked their parents for deeper explanations and updates on what is going on. There aren’t visual support stories that explain the situation in detail, so parents can only rely on themselves and their ability to explain. Autistic children with access to phones and internet have taken to reading the news themselves. For those children, a support story on how to not overwhelm themselves with the news would be helpful. Likewise, a similar guide for parents.

However for many autistic children there was no explanation on their level of understanding. All they know is that there are new rules, and their routine has been destroyed. They cling to what is left of their routines, refusing to interrupt their breakfast even if an air raid siren is going off.  They don’t understand the danger, and parents are afraid of traumatising them by explaining the war and the dangers that it brings. Those parents would benefit from a guide on how to explain things to their child without creating more trauma. Especially if their child is non-speaking and it is hard to gauge their level of understanding.

Question: Are you supporting children and their families to leave? How the journey look like?

Answer: Currently we are able to help with information. Families have to rely on volunteer organisations to transport themselves across Ukraine and abroad. We provide them with information on centres they can request help from – both within and outside of Ukraine.

We are also supporting families with online consultations and webinars, giving them the tools to work with their children by themselves at home. And of course we are collecting donations to be able to help them more.

The journey starts in their city. If it is surrounded or occupied, the first hurdle is to get out. Some are evacuated by foot, others may pay for a bus ride, or leave in their own car – it depends on the situation. One thing everyone knows – do not trust russian “green corridors”. It only gives them easy targets. Likewise, russians are known to target vehicles marked with red crosses or “children”. Some cities had railway services. Those trains were extremely full – people had to sleep on the floor, in the corridors and on top of each other. Barely enough space to sit, much less lay. The lights would be off all the way, no phones or light sources allowed, and the train would go slower than normal in order to avoid detection by russians.

Usually a family will head for central Ukraine, or to the West. If a family is travelling by car, they will have to get through many roadblocks on their way. They will have to show passport and state their destination at each. Often their car will be searched. Travel like that can take days – it took one of my friends five days to get through what is normally a 10-hour drive. There’s also the issue of curfew, as many regions will have it starting at 8pm. This means that the family will have to find somewhere to stay or drive non-stop. Either way, it is a very hard journey.

At the border, they will have to wait for a long time. Most likely they will have to say goodbye to the father of the family, as Ukrainian men under 60 years old are not allowed to leave the country. Needless to say, it is very traumatic for the whole family. They don’t know if they will see their father/husband again. Most of the time, they only have a vague idea of where they are heading to.

Volunteers across the border are doing their best, but with millions of Ukrainians seeking shelter, they are overwhelmed too. Having to stay in shared shelters is hard for anyone, even more so for an autistic child. If their mother is unable to find separate lodgings or a centre for her child to continue therapy, they will often go back to Ukraine after weeks of trying.

Question: Besides the basic needs, what are the main obstacles you are identifying?

Answer: Parents are used to having specialists as a support system. Without them, they lack the skills to guide their children through the wartime. They don’t know how to deal with trauma, PTSD, heightened anxiety and depression that their autistic children are going through. Many of those children are showing new behaviours that are very concerning to parents (eg, episodes of smearing poop on the back of the sofa with no memory of doing so).

Some autistic children and teenagers were taking regular medicines – those are hard to find now. As a Foundation, we do not deal with drugs or medicines. So the best we can do is refer families to volunteer organisations that handle those things. I am not sure what, if anything can be done to improve this.

Families often have to evacuate with bare essentials. That means that items that the autistic child used to de-stress and soothe themselves are no longer available.

Autistic persons are often forced to be in crowded spaces for long periods of time, without appropriate support items to ease the sensory or social issues.

Parents in Ukraine know little about mental health. Most of them would benefit from seeing a psychologist, but may be unaware that it would help them, or if it is an option they can choose. Or their internal bias will prevent them from seeking help.

Service providers for autistic kids have been relocated and in many cases have nothing but their knowledge. We are collecting donations to help them acquire the items they need to once again provide services for families with autistic kids.

All centres are facing large debts on utility bills. Mostly inordinate amounts for heating due to new legislation putting the same tariff on private centres as on big shopping malls. Our preschool that can have 36 children at most and has to pay at least 300.000 UAH (about 10.000 EUR). We and many others are facing the danger of being closed and our building confiscated. We are the first and only preschool for autistic children that prepares them for regular schooling. We have reached out to the government and nothing. Other centres are facing the same issues and have reached out to us for help. We are coordinating the efforts best we can, but there’s a limit to what we can do when dozens of centres have to pay tens of thousands Euros they don’t have.

Between being unable to open due to the war, using centres as shelters (including our own) and parents having no money to  pay with, Ukraine is facing a humanitarian catastrophe when it comes to supporting families with autistic children.

We are doing our best to coordinate with other centres and see how much all of us need to stay open. The numbers are horrifying. None of us will be able to stay open. The government doesn’t care to forgive the debts or amend tariffs to a more sane amount.

Question: Do you cooperate with other organisations of disabled people in Ukraine in the context of the conflict?

Answer: Yes. We have a network for organisations that work with autistic children. Quite a few of them provide services for more than autism.

Question: How can we help children with autism and their families that remain in Ukraine ?

Answer: Donate to support the functioning of our centres. That is honestly the best way to help. I understand the desire to help directly by sending care packages and fidgets, but in the long run it is not helpful. Just as autism cannot be “fixed” with medication, our families cannot be helped with toys. They need proper support structures. And those are being destroyed by the debts that our government refuses to forgive.

So the other way to help? Put international pressure on the Ukrainian government to forgive debts incurred by facilities that provide support for people with disabilities.

Question: What are the main needs of the refugees?

Answer: Appropriate housing and language barriers are the first issues they face. It is followed by need for guidance on confirming diagnosis, receiving therapy, education and other support for their child.

Question: Do you have information regarding  the situation of autistic people who are institutionalised?

Ukraine does not have many centres for institutionalised autistic persons. Many of the patients have evacuated to other countries with their families. So those centres don’t function. There is a campaign going on in Ukraine to evacuate people with disabilities first, since they face the biggest risk of death in wartime. Patients who did not have family to take them, have been evacuated to other countries too. For example, Germany and Israel have agreed to take in the children who have been living in orphanages [1] and who need special assistance.

Question: What would you ask of the institutions (at the national and international level) and all stakeholders involved?

Answer: Please donate and please put pressure on your and our governments to help us. Autism is not talked about as widely as other disabilities – I’ve heard reports that even the Red Cross doesn’t know how to help autistic children. As I said before, we need donations to help ourselves and international pressure on our government to ease the monetary pressure on us. Then those tens of thousands of Euros that would be spend on unfair utilities tariffs would be spent directly on the families in need.

More information on Child with Future

[1] Editorial note:  the majority of children who have been living in orphanages have living parents.