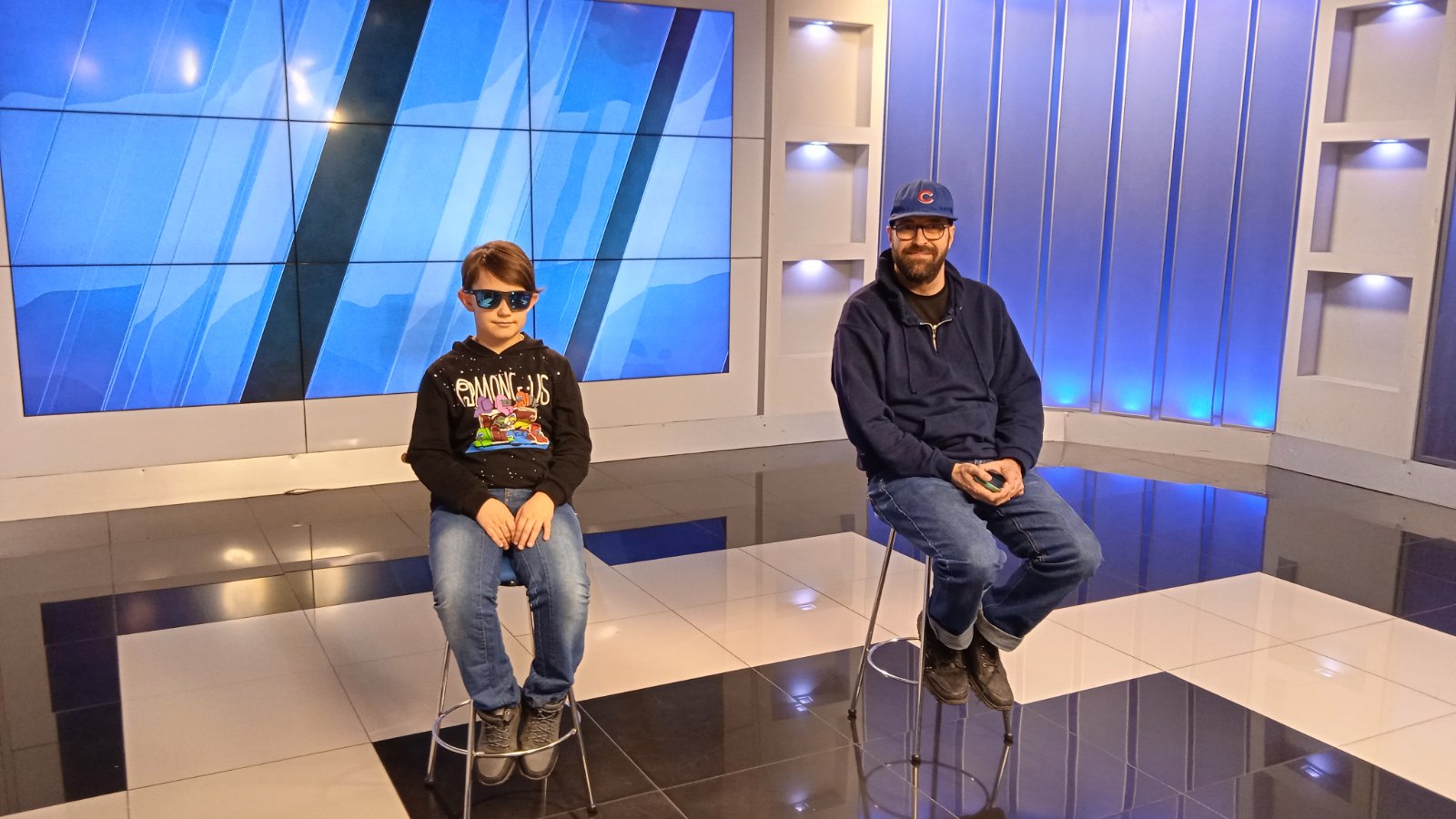 The ‘Child with Future’ Foundation consultant Bill Peters was a guest of the ‘Pidsumki Tiznya’ program on the TV5 channel in Zaporizhzhia. The broadcast, dedicated to the World Autism Awareness Day also was attended by a 9-year-old autist from Berdyansk Maxim Brovchenko, who paints space pictures, and his mom Oksana.

During a studio conversation, Bill Peters said that his mission in Ukraine is to help families raising special children. He looks for ways to improve communication between parents and the autistic child and explains how to understand the needs of a child with ASD. Also, the man consults on many issues related to inclusion.

On the host’s question about work with autistic children in the US, Bill replied: “During my childhood, the situation with autism in the United States was similar to the one that now exists in Ukraine. My socialization took place through schooling. Besides, I attended church, participated in sports competitions. But inclusion was undoubtedly the first step towards communicating with others. After all, we did not have special centers for socialization or educational centers.”

Maxim Brovchenko has also told the audience his story. The boy came to the program in dark glasses. Later he explained: this is not accidental, because he, like many other autistic people, feels pain from bright light. Therefore, the purpose of the glasses is to protect the eyes and prevent feeling stress.

According to Oksana, the family found out that the boy had an ASD when he was three years old.

“I would advise those parents who are faced with autism to accept their child as he is, not to try to break him. And you don’t need to think that autism will be cured. After all, this is not a disease. We need to help the child to become independent, to develop his special interests,” Oksana Brovchenko said.

By the way, Maxim has found his special interest. He loves space and everything connected with it. Also, he paints pictures on the same topic. One of them even plans to give to the founder of SpaceX Elon Musk.

You can watch the broadcast with Bill Peters and Maxim Brovchenko here: https://www.youtube.com/watch?v=YMF0kvZ38vM

How Ukraine builds inclusive education: we invite you to listen to Inna Sergienko’s speech during the Second International Practical Conference on Autism