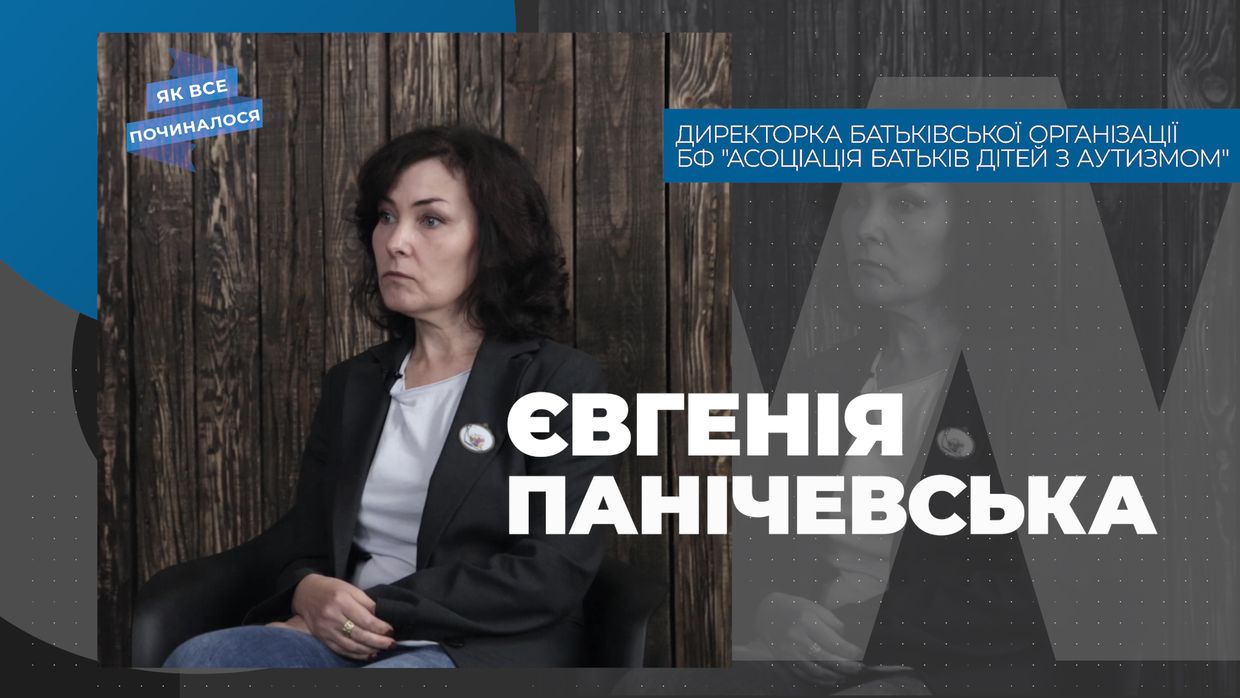 Evgeniya Panichevskaya is the chairwoman of the Association of Parents of Children with Autism, registered in 2013. A few years earlier, she had learned that her three-year-old son had autism. However, Evgeniya is not one of those people who give up. She was able not only to understand the problem, but also to unite with like-minded people – parents of the same special children.

Therefore, in the framework of «The beginnings» project  we present an interview with Evgeniya Panichevskaya. She told how she first heard about autism, how she reacted and how the whole family adapted to the new conditions.

We also talked with the chairman of the Association of Parents of Children with Autism about how its paths intersected with the “Child with a Future” Foundation and the kindergarten of the same name for children with special needs.

Evgeniya Panichevskaya emphasizes: she is proud of her achievements and the achievements of the whole community of parents of children with autism. However, the work does not stop there. There are still many nuances that need to be solved. After all, children grow up and demand other services. “My priority is my child. But now there are a lot of other children around Timur, other parents. And we support each other, share experiences. This is not limited to Kiev. This applies not only to the whole of Ukraine, but also to other countries. However, the main problem is the  lack of professionals,” – says Evgeniya.

See the full version of the interview here: https://www.youtube.com/watch?v=LsOFfb50e9c&list=PLQDGjpYj_MwP3X04F7mQSQUDdrf1ii-6d&index=5.

Maryna Poroshenko spoke about the introduction of inclusion in Ukraine

Former Deputy Yuriy Miroshnichenko spoke about his fight against autism