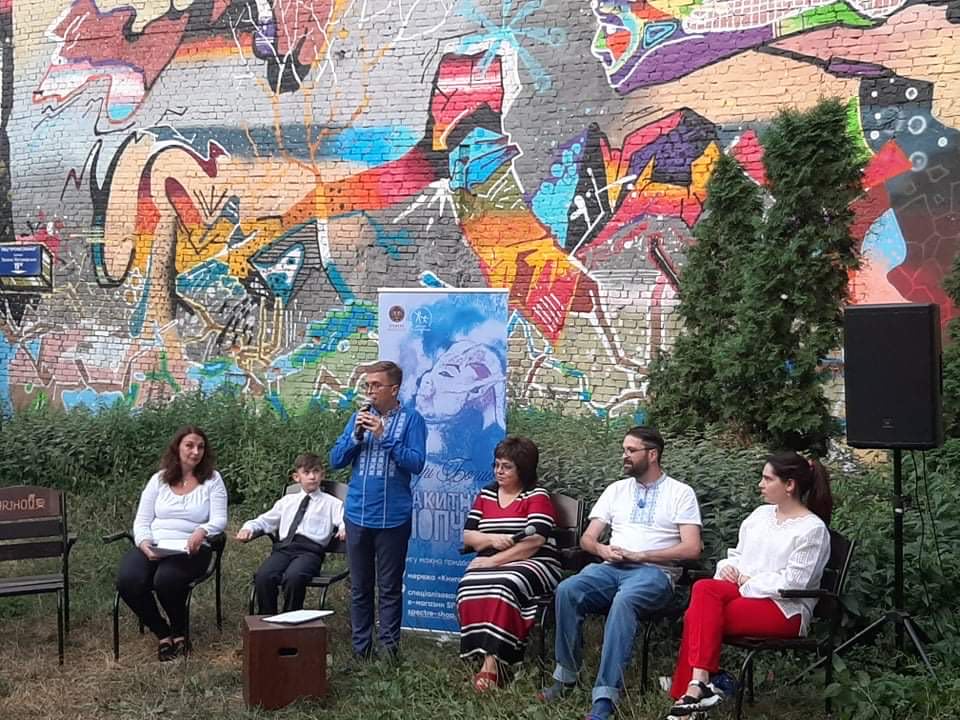 A translation of the book ‘Blue Boy’ by a modern Franco-Belgian writer Henri Bauchau (1913-2012) was published with the support of the ‘Child with Future’ Foundation.

A novel is about an autistic teenager and his relationships with other people and the world around can be read now in Ukrainian!

The book was presented on August 19 in Kyiv. During the event, they talked about stereotypes associated with autism, a different world in which special children live, and society misunderstanding they face.

“I often go to Belgium and I know that Henri Bauchau is one of the most famous authors. He was both an artist and a psychotherapist, as well as a writer. Besides, the basis of ‘Blue Boy’ – a real story. After all, in Switzerland, where Henri had a clinic, he met an autistic. He saw that this child’s view of the world was completely different – unique. And the boy depicted all this on paper. But it was very difficult for him to communicate with other people. And Henri helped him,” said Andriy Ryabchy, the publisher and translator.

Also, 9-year-old Maksym Brovchenko, an autistic boy who looks something like the main character in the ‘Blue Boy’ – 13-year-old Orion, was invited to the presentation. Maxim paints pictures about space and writes children’s space fiction. The boy told that he dreams of meeting with Ilon Mask and having his telescope the most.

The ‘Blue Boy’ novel just attracts artists, says Ivan Ryabchy. And Maxim Brovchenko is just one of them. The artist was both the author of the book and its main character – Orion. Besides, Ivan Ryabchy emphasized, there are many illustrations in the Ukrainian translation of the book. The Development Director of the ‘Child with Future’ Foundation Iryna Sergienko, helped to create them.

At the same time, the ‘Autism Europe’ Consul and the founder of the ‘Child with Future’ Foundation Inna Sergienko noted: “It is very important to read this novel, because it is about life, about relationships, that every member of society has the right to be at least tried to understand by others.”

“The voice of autistic children need to be heard. And the ‘Blue Boy’ book supports this idea. It informs parents about the peculiarities of the inner world, problems, and fears of an autistic child. The book even begins with the fact that an autistic child is bullied at school. All this is very realistic,” emphasizes Inna Sergienko.

Mothers of special children told why they are happy