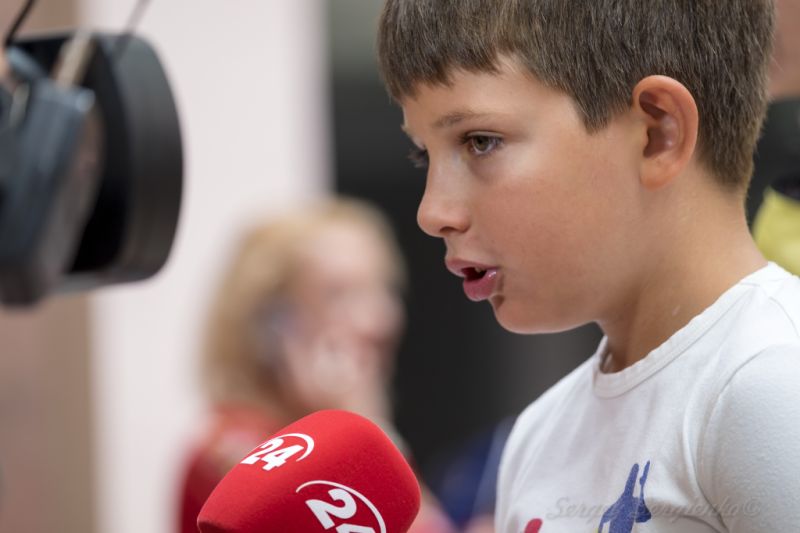 A boy with autism Misha Sergienko turned 10 last week and received more than 130 birthday greeting on a social network. Misha does not have his own account, so his mom Inna Sergienko published a post on her page and got all the wishes for her son.

Many congratulators did not know the boy personally, however his parents are so active in illuminating boy’s life and support other children with autism so Misha became the most popular kid with autism in Ukraine.
Many people wished a boy new achievements and success in all endeavors. Many mentioned that Misha became their role model. “Fans” have asked for more to share Misha’s achievements and keep the kindness in his heart for so on.
Today, Misha is very outgoing child and it’s hard to believe that some time ago he did not speak at all and did not want to “communicate” with the world. Now Misha has a lot of friends, he is studying at ordinary school, participating in sports marathons and is not afraid to talk to journalists in front of the camera. His parents give all their energy to raise him with love and dignity. Meanwhile, their fund “Child with a Future” offers opportunities of development and rehabilitation for many other autistic children of Ukraine, as well as system of assistance for such children.
Misha thanked his fans by recording a video, which has already been viewed 750 times. He wished everyone “the bad to be turned into good …. and no family has paramours”.
https://www.facebook.com/inna.sergiyenko/videos/10210227974312623/

Socialization of special children and how distance learning affects them: Inna Sergienko participated in a talk show on the ‘Suspіlne Bukovina’ TV channel