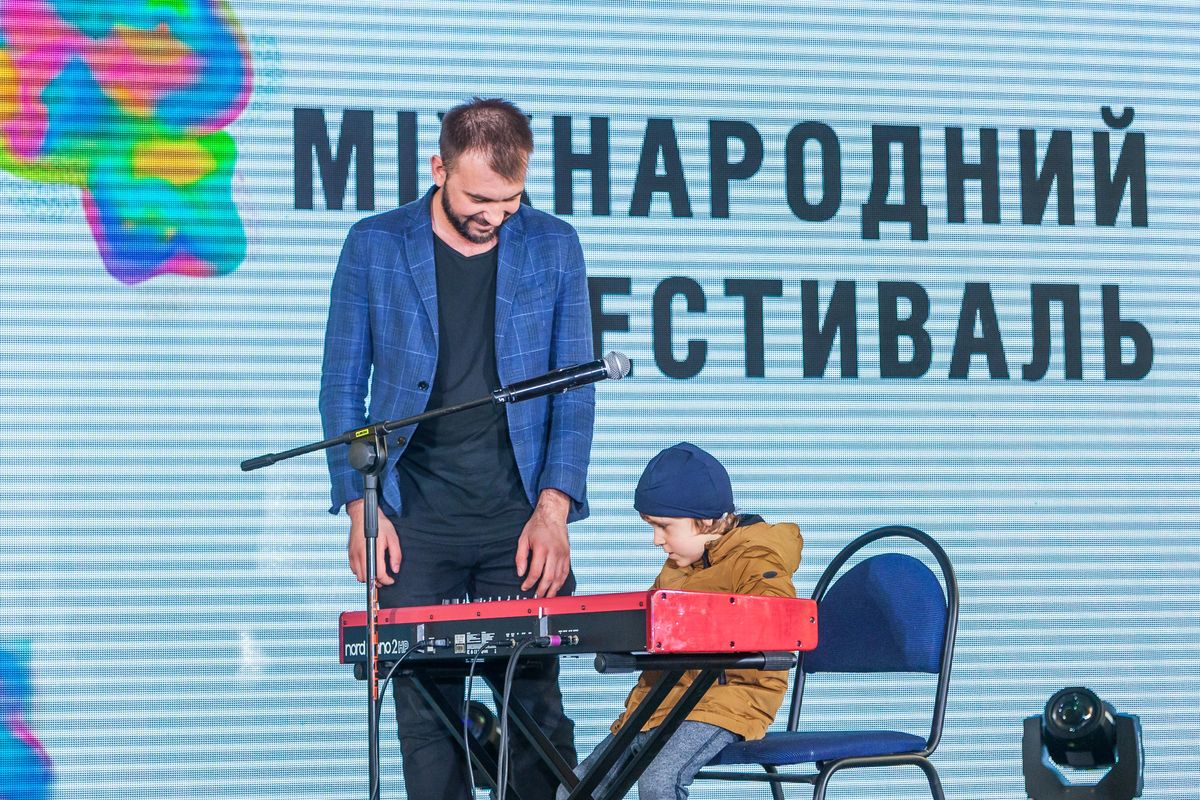 The ‘Kids Autism Music’ project, a new initiative for autistic children, has started in Kyiv. It was presented at a unique inclusive jazz concert by pianist Alexei Bogolyubov as a part of the ‘Park of Arts’ International Festival.

‘Kids Autism Music’ is music lessons for children with autism. ‘Child with a future’ Foundation, ‘Sport for Peace’ and ‘Kot Agency Group’ are the project organizers.

The first pilot group has 12 children aged 5 to 12 years old. It will prove its effectiveness for two months. The organizers plan to increase the recruitment, and other children will be able to join the project in 2020. The children will work individually with professional teachers once a week. They will receive an individual work plan and weekly assignments for listening to classical and contemporary music by representatives of the Kyiv Institute of Music after R. Glier and the Conservatory.

This way the organizers want to draw the attention of society and parents of special children to the issue of the music impact, which can change everyone’s life for the better. It penetrates the deepest places of the brain and soul, invites a child for a dialogue, encourages him to communicate, manage his attention and emotions, change, and grow.

“We decided to undertake a serious experiment and make a jazz concert for children with autism together with the“Sport for Peace” charitable organization in 2017,” says one of the organizers Ekaterina Kot. “Children’s reaction was very unexpected: they became interested and showed activity. We saw a positive music effect on children with autism. The children who had shown the aggression previously calmed down and listened attentively. Passive children became more active. Everyone listened as if they were fascinated during the concert.

After the concert, the children showed great interest in instruments. They wanted to touch them, pull the strings, play. We have looked for opportunities to organize music lessons for children with autism since then.”

Co-organizer of the project Natalia Martiashvili adds: “Our main task is to develop the abilities and socialize special children through sounds and music. First, the children will learn the basics of piano both individually and in groups. In the future children will interact with the most diverse instruments and sounds. Teachers will look for an approach to each and develop abilities depending on the natural data and the child’s interest. Our classes will include a trip to a concert of classical or modern music, to the theater, to the ballet, and the opera”.

“Many studies have shown that while playing a musical instrument or even in the process of listening to music, a person uses all methods of perceiving the world. The left and right brain hemispheres work at the same time, both physical, mental and emotional activities are fully involved,” says the musician and teacher Alexey Bogolyubov. “Different music styles are associated with different traits of the human character and have different influences on a person. For example, I perceive classical music as real medicine. Jazz, in my opinion, is responsible for intelligence.”

International conference on autism – how it was