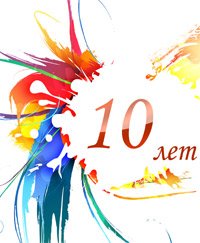 That’s how long this exclusive preschool institution is engaged in the correction of children’s behavior not only with autism but also with hyperactivity or delayed speech development.

The kindergarten has gathered dozens of specialists who work with children under individual programs for 10 years. Thus, the institution has already released 350 children, some of whom went to regular schools.

“Child with Future’ kindergarten has repeatedly proved its effectiveness during this time. It has helped and continues helping many families that are raising special children. That’s why I’ve never regretted this difficult step I took and created such an institution,” says Inna Sergienko, the founder of ‘Child with Future’ Foundation and Consul of ‘Autism-Europe’.

“I’d like to thank all the staff, and especially the director of the institution – Natalia Struchek – for the diligent work, striving for perfection, and constant desire to develop. It is thanks to all these people the kindergarten has become what it is now,” – said Inna Sergienko.

Natalia Struchek, the director of the kindergarten, congratulates the institution on its 10th anniversary.

“I am very proud of ‘Child with Future’ achievements during this time. We have proved that early correction in Ukraine is to be! We work with preschoolers who have different disorders degrees, but difficulties never frightened us. I congratulate all teachers, all parents, and all our kids on this anniversary. After all, this kindergarten is our common achievement. Without everyone who contributed to the kindergarten development, the result would not have been so good,” the director said.

Distance learning for children with special educational needs: watch the story with Inna and Misha Sergienko on “Apostrophe TV”