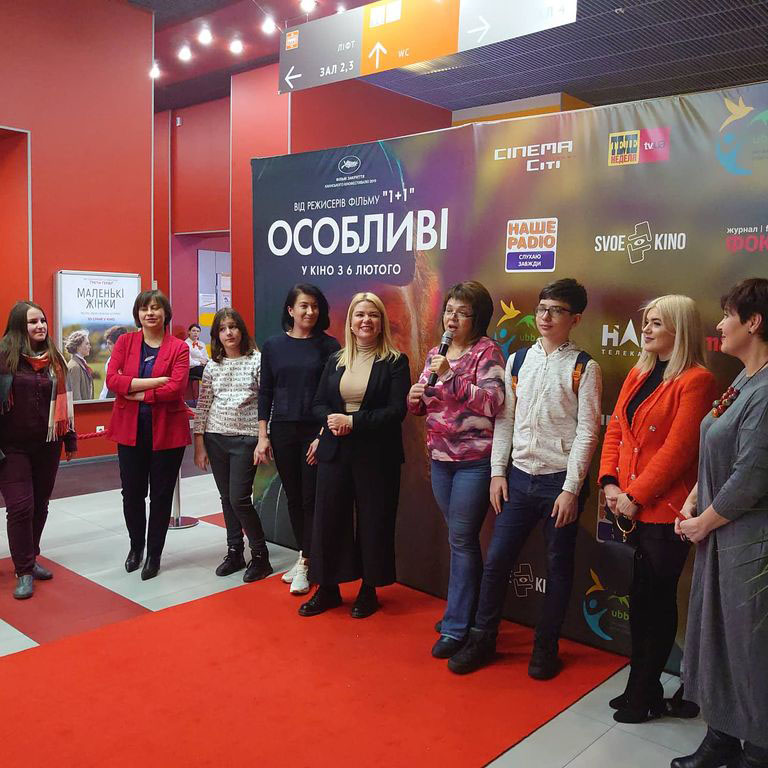 ‘Buy a ticket – give hope’ – with this slogan the «Specials» film was released. Rental funds will be donated to support the Kids Autism Games project for children with autism thanks to ‘SVOE KINO’ and the Ukrainian Philanthropic Marketplace.

The film is based on real events, however, the creators’ note, it is not entirely about autism. The movie tells the story about two friends, who over the twenty years have given hope and created opportunities for special people. The film is described as follows: “Real superheroes live among us. They do not fly over the ground or shoot lightning. They quietly do their job every day, creating a real miracle”.

The presentation of the film was made by the ‘Autism-Europe’ Consul and the founder of the ‘Child with a Future’ Foundation Inna Sergienko. She thanked everyone, who makes so much effort to make special children’s lives change for the better, even as they grow up.

“Unfortunately, our state,” says Inna Sergienko. “Has not reached autistic adults yet, because there are very few services for them now. Perhaps these films will attract the attention of the authorities and they will understand that special people need to be helped. I want to thank the organizers for bringing this film here and for collecting money for our children.”

The importance of such a charitable initiative is also noted by Natalia Martiashvili, the Kids Autism Games project co-organizer. She recalled the important mission of Kids Autism Games. “This project opens up special children for us and creates conditions for their socialization. It gives us wonderful people, who join and create conditions for our development and existence,” said Natalia Martiashvili.